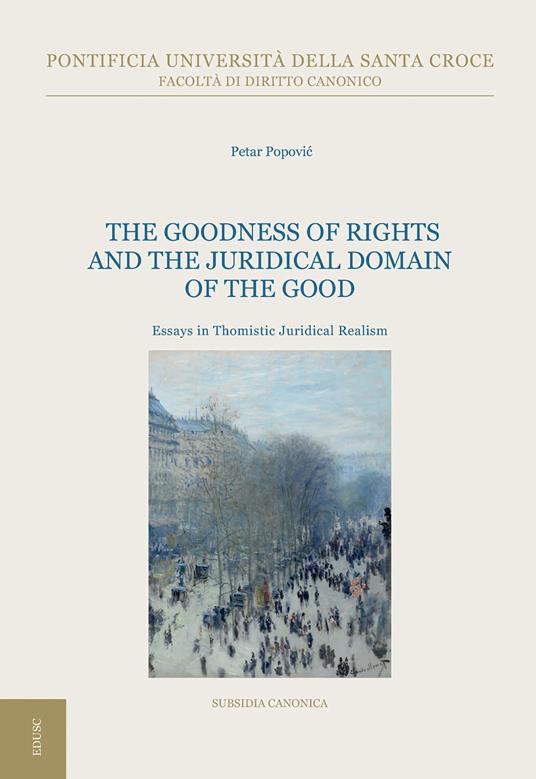 The goodness of rights and the juridical domain of the good. Essays in thomistic juridical realism

The goodness of rights and the juridical domain of the good. Essays in thomistic juridical realism
33,25 € 35,00 €
LIBRO
Venditore: IBS
+330 punti 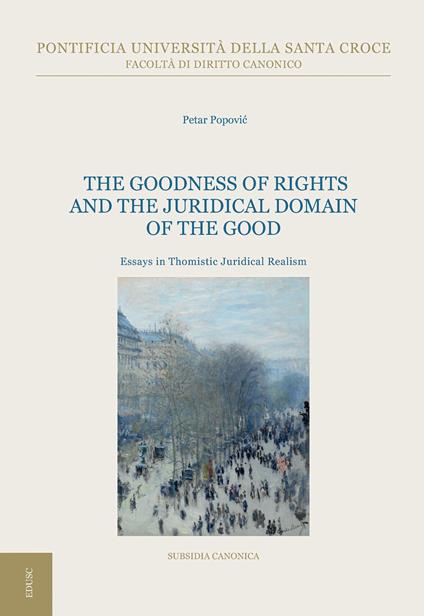 
This collection of essays, most of which are previously published in distinguished scholarly journals, explores the possible or necessary intersecting points between the concept of ius (the juridical phenomenon, in the broadest sense) and the concept of good. These intersections are first researched from the standpoint of Thomistic juridical realism. The author presents how these intersecting points establish the legal-philosophical framework for an analysis of topics such as the goodness of rights, the law's goodness, the juridicity of the common good, and the ecclesial juridical goods. The essays then bring into dialogue the Thomistic focal meaning of the concept of ius-namely, rights understood as rei-centric juridical goods-and other foundational accounts of the essence of the juridical phenomenon presented by scholars in the field of legal philosophy, Catholic social teaching, and canon law.
Leggi di più Leggi di meno