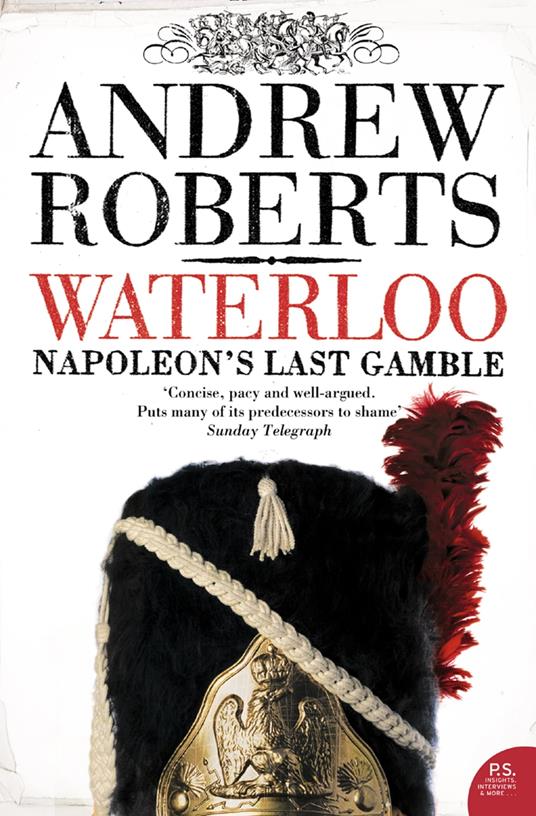 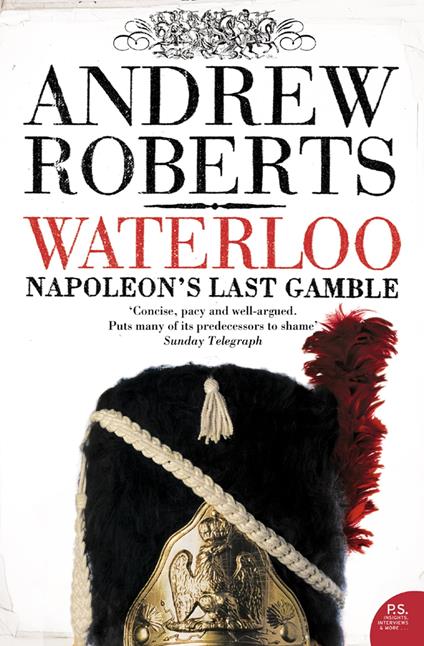 Part of the ‘Making History Series’ – ‘Waterloo’ is an exciting retelling of one of the moments that shook the world – Waterloo, one of the truly decisive battles of history.

In ‘Waterloo’, Roberts provides not only a fizzing account of one of the most significant forty-eight hour periods of all time, but also a startling interrogation into the methodology of history – is it possible to create an accurate picture from a single standpoint? What we can say for certain about the battle is that it ended forever one of the great personal epics. The career of Napoleon was brought to a shuddering halt on the evening of 18 June 1815. Interwoven in the clear-cut narrative are exciting revelations brought to light by recent research: accident rather than design led to the crucial cavalry debacle that lost the battle. Amongst the all-too-human explanation for the blunder that cost Napoleon his throne, Roberts sets the political, strategic and historical scene, and finally shows why Waterloo was such an important historical punctuation mark.

The generation after Waterloo saw the birth of the modern era: ghastly as the carnage here was, henceforth the wars of the future were fought with infinitely more ghastly methods of trenches, machine-guns, directed starvation, concentration camps, and aerial bombardment. By the time of the Great War, chivalry was utterly dead. The honour of bright uniform and tangible spirit of élan met their final dance at Waterloo.