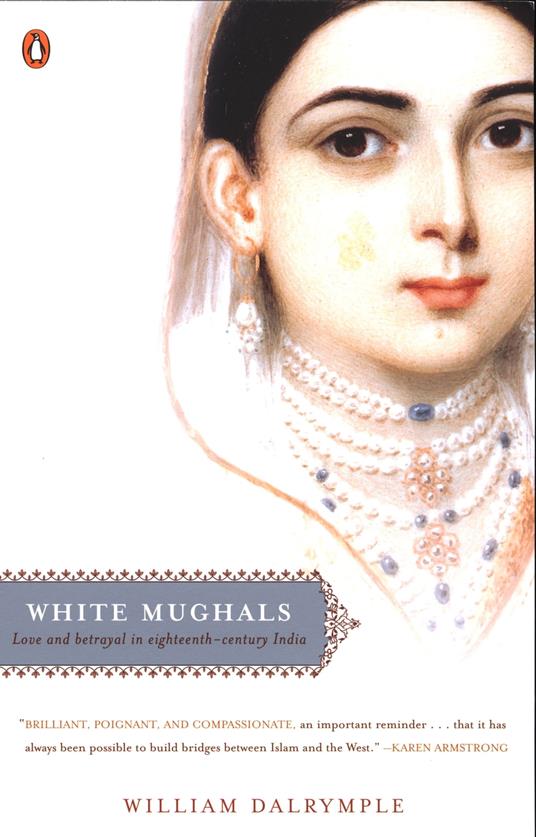 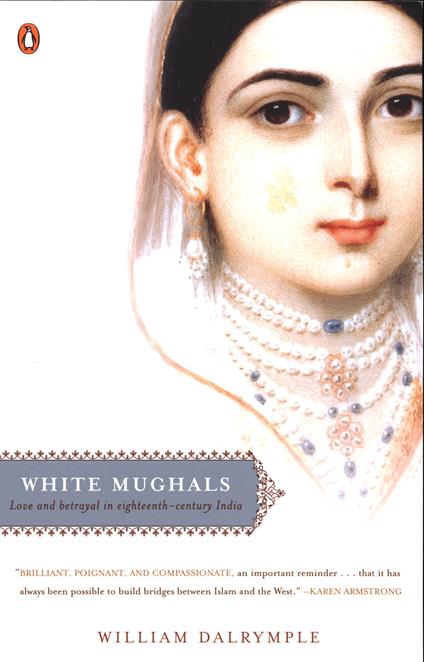 
White Mughals is the romantic and ultimately tragic tale of a passionate love affair that crossed and transcended all the cultural, religious and political boundaries of its time.

James Achilles Kirkpatrick was the British Resident at the court of the Nizam of Hyderabad when in 1798 he glimpsed Kahir un-Nissa—'Most excellent among Women'—the great-niece of the Nizam's Prime Minister and a descendant of the Prophet. Kirkpatrick had gone out to India as an ambitious soldier in the army of the East India Company, eager to make his name in the conquest and subjection of the subcontinent. Instead, he fell in love with Khair and overcame many obstacles to marry her—not least of which was the fact that she was locked away in purdah and engaged to a local nobleman. Eventually, while remaining Resident, Kirkpatrick converted to Islam, and according to Indian sources even became a double-agent working for the Hyderabadis against the East India Company.

It is a remarkable story, involving secret assignations, court intrigue, harem politics, religious and family disputes. But such things were not unknown; from the early sixteenth century, when the Inquisition banned the Portuguese in Goa from wearing the dhoti, to the eve of the Indian mutiny, the 'white Mughals' who wore local dress and adopted Indian ways were a source of embarrassments to successive colonial administrations. William Dalrymple unearths such colourful figures as 'Hindoo Stuart', who travelled with his own team of Brahmins to maintain his temple of idols, and who spent many years trying to persuade the memsahibs of Calcutta to adopt the sari; and Sir David Ochterlony, Kirkpatrick's counterpart in Delhi, who took all thirteen of his wives out for evening promenades, each on the back of their own elephant.

In White Mughals, William Dalrymple discovers a world almost entirely unexplored by history, and places at its centre a compelling tale of love, seduction and betrayal. It possesses all the sweep and resonance of a great nineteenth-century novel, set against a background of shifting alliances and the manoeuvring of the great powers, the mercantile ambitions of the British and the imperial dreams of Napoleon. White Mughals, the product of five years' writing and research, triumphantly confirms Dalrymple's reputation as one of the finest writers at work today.