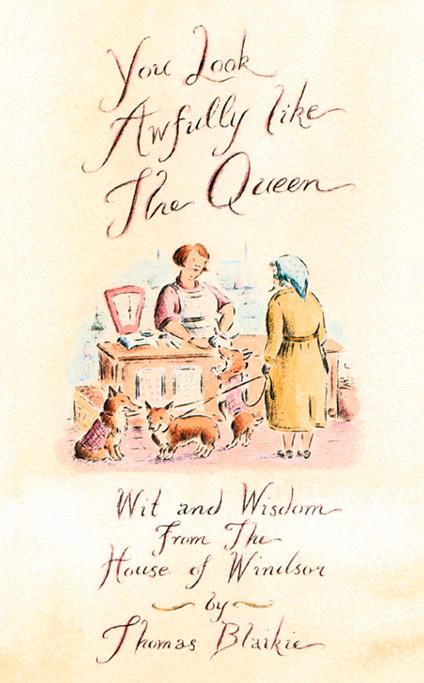 For fans of the ‘Windsors’ and ‘Now we are Sixty’: a beautifully illustrated collection of amusing and affectionate stories from inside the royal family.

About twenty years ago the Guardian first published two camp anecdotes about the Queen Mother. Readers reeled to see stories actually printed in a national newspaper that until then had had only an underground existence in certain circles. After that, tales about the royal family became respectable; they were also, quite rightly, believed. Taken as a whole they reflect the contradictory roles we like royalty to fulfil: unworldly and impossibly regal or engagingly domesticated and just like us, or camp, worldly and outrageous.

In this affectionate tribute Thomas Blaikie has gathered together a compendium of stories, many of them never published before, which provide access to a unique world. How exactly does a Queen react when she finds her footmen draped in her jewels? What does she do to amuse herself as she whiles away the hours sitting for her portrait? And how did the Duchess of Windsor and the Queen Mother really get on? This beautifully illustrated book answers these questions and poses many more in its celebration of the diverse personalities of the House of Windsor.