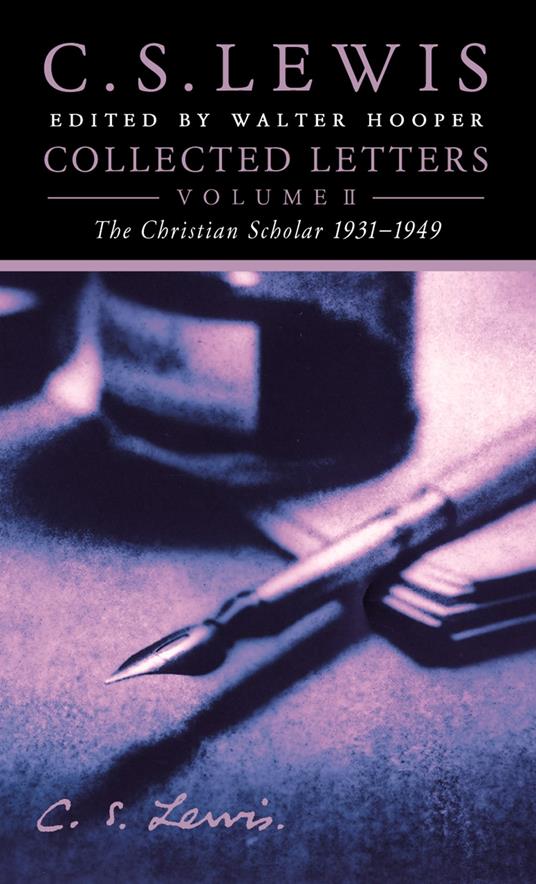 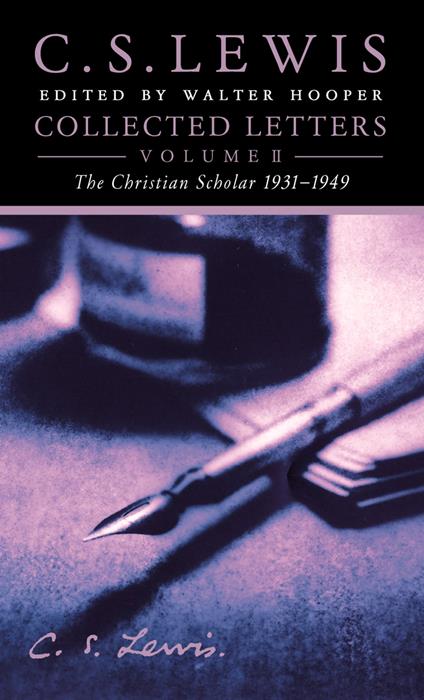 This three-volume collection brings together the best of C.S. Lewis’s letters – some published for the first time. This second volume covers the years from 1931–1949, charting Lewis’ emergence as a great Christian thinker and apologist.

C.S. Lewis was a most prolific letter writer and his personal correspondence reveals much of his private life, reflections, friendships and feelings. This collection, carefully chosen and arranged by Walter Hooper, is the most extensive ever published.

In this great and important collection are the letters Lewis wrote to J.R.R. Tolkien, Dorothy L. Sayers, Owen Barfield, Arthur C. Clarke, Sheldon Vanauken and Dom Bede Griffiths. To some particular friends, such as Dorothy L. Sayers, Lewis wrote over fifty letters alone. The letters deal with all of Lewis’s interests: theology, literary criticism, poetry, fantasy, children’s stories as well as revealing his relationships with family members and friends.

The second volume begins with Lewis quietly trying to lead a Christian life and writing his first major work of literary history, The Allegory of Love. He was unknown during the 1930s and at this time wrote some of his finest letters, mainly to his brother Warren and to his boyhood friend Arthur Greeves. Then he is ‘discovered’ by the BBC and the publishers Geoffrey Bles, resulting in the most popular works of Christian apologetics ever written. C.S. Lewis became a household name and from the 1940s onwards some of his greatest theological letters were written.