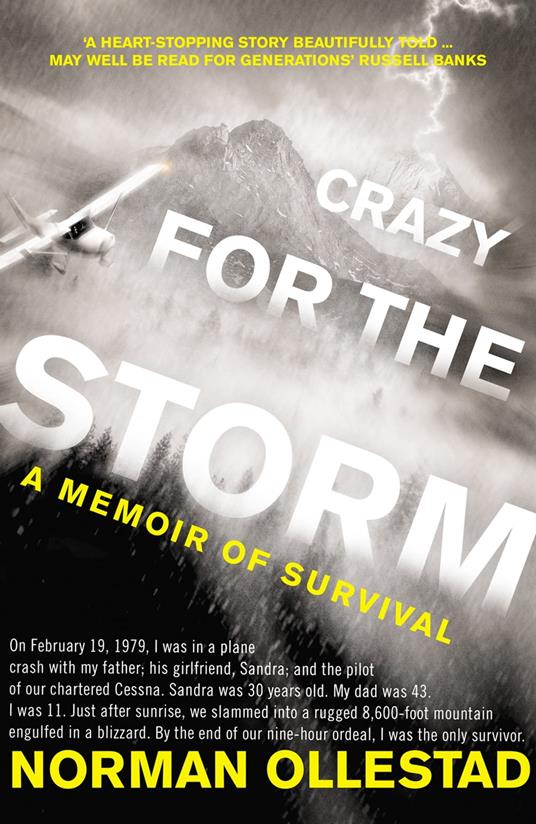 Crazy for the Storm: A Memoir of Survival

Crazy for the Storm: A Memoir of Survival
13,93 €
EBOOK INGLESE
Venditore: IBS
+14 punti 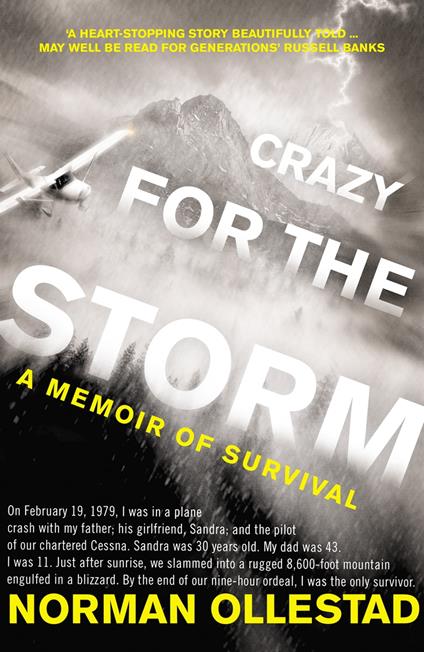 
Set in the aftermath of a harrowing plane crash, this is the true story of one young boy’s fight for survival in nature’s most treacherous conditions.

Eleven-year-old Norman Ollestad was a gifted skier. After winning the 1979 Southern California Slalom Skiing Championship, his father chartered a small plane to fly Norman home, so that his son could collect his trophy and train with his team.

Moments later the Cessna, engulfed in a blizzard, crashed into the San Gabriel Mountains and was left suspended at 8,000 feet. Norman's father, his coach and his hero, was dead.

Climbing out of the wreckage, young Norman begins a gruelling descent, thousands of feet down an icy mountain. Blinded by heavy snow and faced with a raging wind and below-freezing temperatures, he attempts to guide his father's injured girlfriend to safety. Kept alive by sheer will, Norman summons everything his father taught him about determination and courage to save his own life.

Powerful, inspiring and utterly compelling, this is a unique and unforgettable memoir.