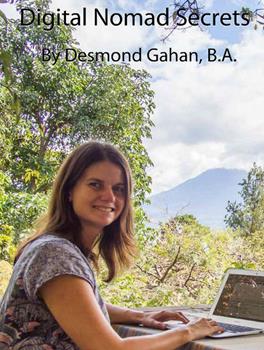 Do you ever get the feeling that your life isn’t panning out quite the way it was meant to? Do you ever feel as though you’re perhaps not taking full advantage of your freedom, of your health, of your youth?

For many of us, life can feel like a long gauntlet of different tasks and responsibilities, punctuated by long periods of sitting around bored.

We read stories, watch films and play computer games that feature brave and bold heroes venturing into unknown lands, facing challenges and generally living lives filled with excitement and exploration. Meanwhile, our own lives consist of sitting in an office all day getting shouted at by our boss, coming home on the train during a busy commute and then sitting in at home on the

couch not doing much at all. Or maybe washing up. Our bodies are literally wasting away from a lack of movement, our minds are starting to decay from a lack of challenge or interest and in general, we are no longer challenging or pushing ourselves.

And the most excitement we typically have is choosing which film
to watch on a Friday night.

But there’s a whole world out there.

We often have dreams and we have plans to get out and see the world, or to start living a lifestyle that we’d actually find engaging and rewarding. But too often those plans seem just out of reach: perhaps we don’t have the money to afford to travel. Maybe we have too many responsibilities and can’t take our children out of work. Maybe we’re progressing too far in our current jobs. Maybe we’re just too tired, too stressed and too depressed to really take the effort to actually change our lives.

Maybe you work the job you work not because we’re passionate about it, or because you find it exciting; but rather because you needed to start earning an income fast and this was the first place that you could do so.

Maybe you thought you’d change careers at some point but then you met your partner and settled down. Or maybe you started to progress up the ladder and moved out into rented accommodation.

Either way, you now feel trapped. There’s no way out.

And no way to have that fulfilling and exciting life that you dreamed of.

But every now and then, you see an image from a friend on Facebook, or perhaps from an advert or a blog, showing people who have found a way out of the rat race. People who seem to spend most of their time on beautiful beaches, cocktails in hand.

People who are pursuing work that they care about and feel rewarded by. But more importantly: people who work primarily as a way to fund a lifestyle that they actually feel excited about.

They became digital nomads. And with this book, you can do the
exact same thing.