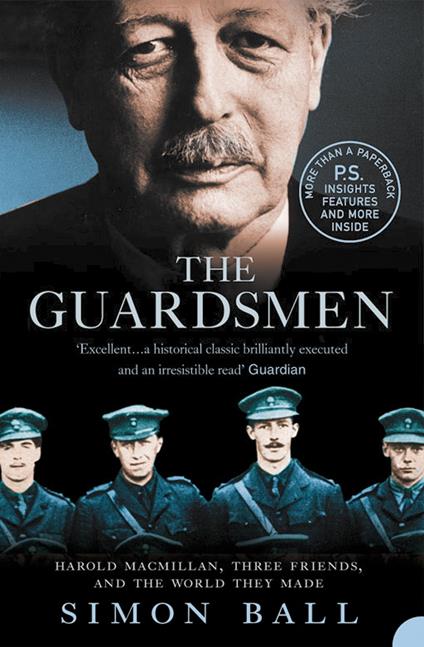 From the playing fields of Eton via the horrors of the Western Front to the pinnacle of political power in 20th-century Britain – a brilliant collective biography of Harold Macmillan, Lord Salisbury, Oliver Lyttleton and Harry Crookshank.

Harold Macmillan, Oliver Lyttleton, Bobbety Cranbourne and Harry Crookshank all arrived at Eton in 1906, all served on the Western Front in the same battalion of the Grenadier Guards and all served in Cabinet under Winston Churchill during World War II. They helped Churchill regain Downing Street in 1951 and once more joined his Cabinet as senior figures. These four men who were lifelong friends (and sometimes enemies), argued and fought their way up the political ladder for over forty years.

The theme of Simon Ball's brilliant book is a race, willingly entered into by these four men, for power and glory. ‘Politics is not a flat race, it's a steeplechase,’ as Churchill once told Macmillan. And through the collective biography, Ball presents an extraordinary portrait of political ambition and intrigue from World War II until Macmillan’s resignation as Prime Minister in 1963, tracing the lives of his four protagonists through the trauma of the trenches, the Treaty of Versailles and the rebuilding of Europe after the Great War.

Ball has based the book on years of original research in many archives and has had exclusive access to the Salisbury papers, closed to the public until 2022. The Guardsmen is a work of significant scholarship that presents a gripping account of British politics in the 20th-century.