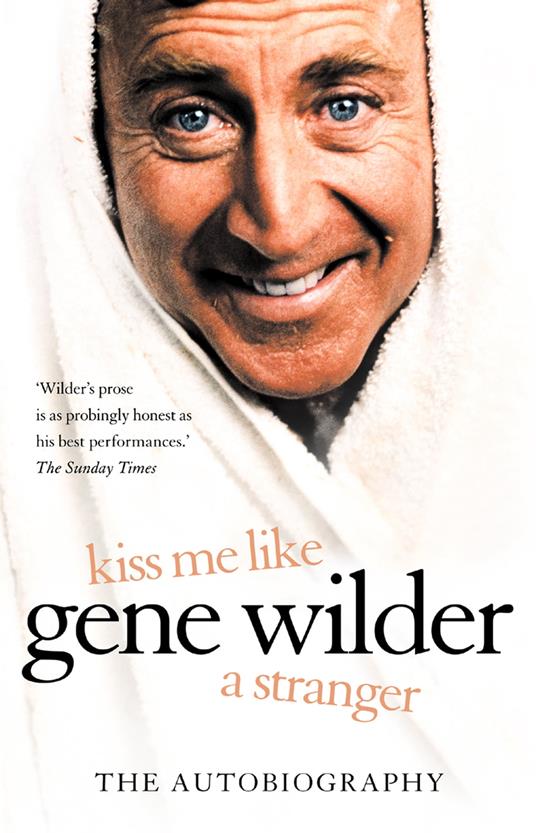 Kiss Me Like a Stranger: My Search for Love and Art

Kiss Me Like a Stranger: My Search for Love and Art 120 punti Effe Venditore: IBS Gene Wilder defined film comedy in the 1970s and '80s. But this is no traditional autobiography, rather it's an intelligent, quirky, humorous account of key events that have affected him in search for love and art.

In this very personal, fascinating book, Wilder gives a great insight into the creative process on stage and screen. He discusses his experiences of working with the very best of movie talent, including Mel Brooks, Woody Allen, Sidney Poitier and Richard Pryor, and tells how he developed his own unique style from his early days at The Actors' Studio with Lee Strasberg.

Amongst other incidents, he describes his time in the UK, which he has great fondness for, studying at the Old Vic Theatre School in Bristol. During this period he came top of his class at fencing and doorstepped Sir John Geilgud to ask him to explain the use of iambic pentametre.

Wilder also talks amusingly about his failed love life off-screen (including 4 marriages) and is candid about much darker times such as the death of his third wife, comedienne Gilda Radner, from cancer. He also reveals his own recent battle with the disease, which he's now come through, and which changed his perspective on life.

This isn't a traditional celebrity 'tell all' but an insight into the life and mind of a great comic actor who has a rare ability to write as well as he performs.