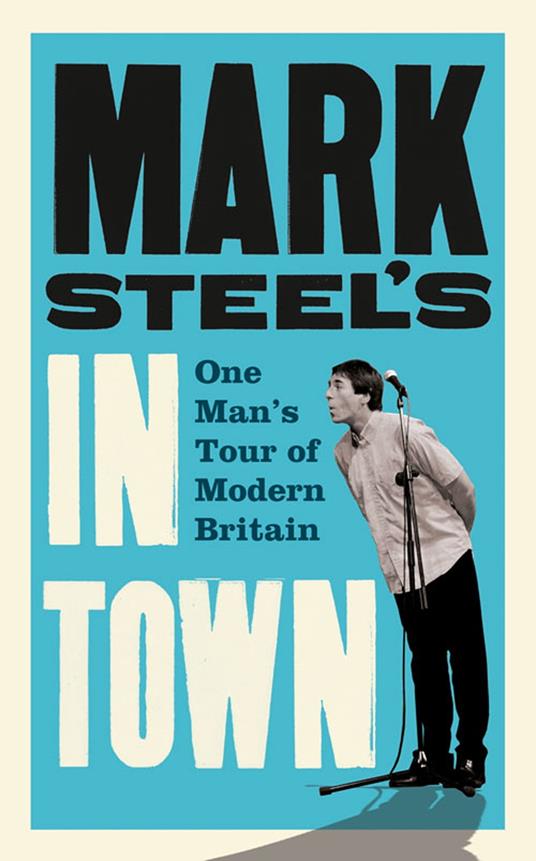 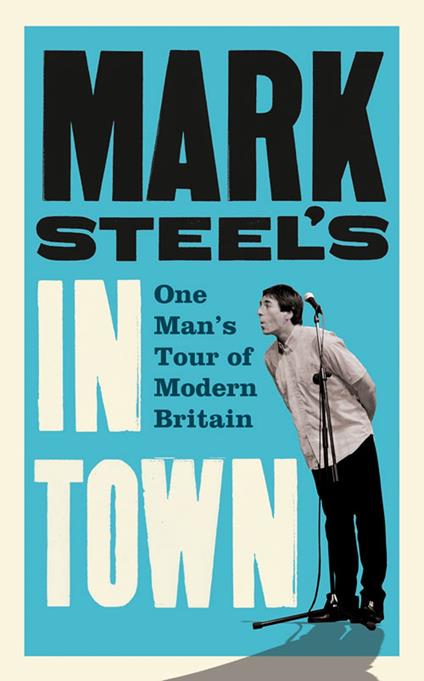 
On the way to a show in Skipton, in North Yorkshire, I noticed a road sign to a town called Keighley. So later, during the show, I mentioned this, asking the audience 'Is that your rival town?' And the room went chillingly quiet, until one woman called out with understated menace, 'Keighley is a sink of evil.' Based on his award-winning BBC Radio 4 series, Mark Steel's ‘In Town’, is a celebration of the quirks of small town life in a country of increasingly homogenized high streets. Steel's bespoke observations on the small, sometimes forgotten, towns of Britain goes right to the heart of British culture today, championing the very people who shape the places we live in now. ‘As everywhere hurtles along a route towards being identical to everywhere else, it seems any expression of local interest or eccentricity is becoming a yell of defiance. Scrape away the veneer of Wetherspoons and Pizza Hut-inspired uniformity, and the march of Tesco's towards being reclassified as a continent, and Britain is as magnificently diverse as ever, and ready to celebrate each distinct community. The elements of a town that make it unique are what make it worth visiting; they change a journey from being functional to being an experience. For example, one drizzly dark February afternoon as I came out of the station at Scunthorpe, I got in a minicab, and the driver didn't even look at me, but kept staring straight ahead as he said, 'I don't know what you've come here for, it's a fucking shit-hole.'’ Unearthing some of Britain's most unusual tourist attractions, and noting local quirks and habits, Steel's journey takes him through the backwaters of England, up to Scotland and across to Ireland, where he encounters a country united by a peculiar ingrained sense of pride, no matter which village, town or city, to give a refreshing take on Britain, its people and its places.
Leggi di più Leggi di meno