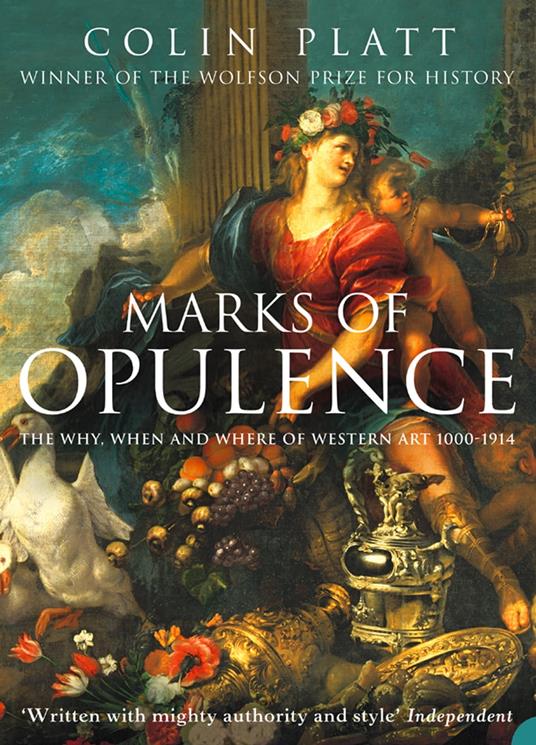 Marks of Opulence: The Why, When and Where of Western Art 1000–1914 (Text Only)
di Colin Platt
Ebook in lingua straniera
Altri venditori
Prezzo e spese di spedizione 
A sweeping, beautifully written history of artistic patronage from 1000 to the present day by a Wolfson Prize-winning historian. ‘Marks of Opulence’ is a magisterial survey of European art and artistic patronage from 1000 until the birth of modernism. Tracing the history from the discovery of silver in the Harz mountains, through the catastrophic effects of plague in the 14th-century, to the studied magnificence of papal and royal courts in the 16th- and 17th-centuries, Platt shows how the great and the good have always used art to bolster political power. Arguing that the acquisitive instinct – felt by all of us in different ways – is central to the history of Western art, Platt traces how art began to move out of the palaces of the aristocracy into the homes of merchants, bankers and industrialists. From the mid 19th-century onwards, and in the pre-war Belle Époque in particular, it was the immensely wealthy 'robber barons' and their widows – in London and Paris, in Berlin and Vienna, in Moscow and Barcelona, in Philadelphia and New York – who collected the work of the most innovative artists and broke the hold of the Academies on Western art. Professor Platt's ambitious sweep through a thousand years of artistic endeavour in the West argues throughout that a superfluity of money is the chief driver of high achievement in the arts, and for the transforming power of great riches. Note that it has not been possible to include the same picture content that appeared in the original print version.
Leggi di più Leggi di meno