Masterminds: Genius, DNA, and the Quest to Rewrite Life 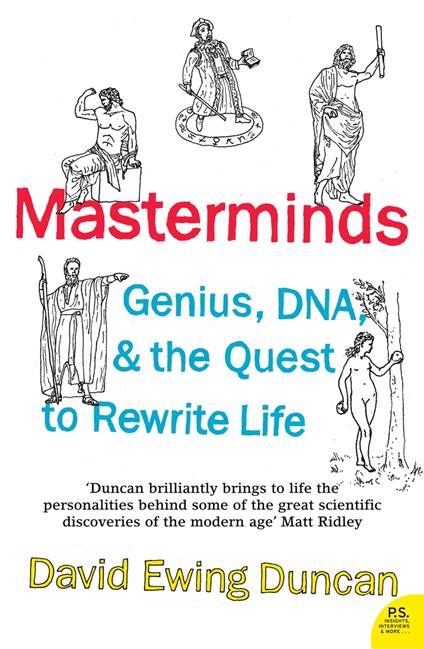 Combining myth, biography, and wit, this is a highly original depiction of cutting-edge science and its profound implications, told through the scientists who are rewriting life on earth.

Throughout history, the scientists’ personalities have astonished us. From Galileo to Jonas Salk, they push and stretch society’s boundaries though their great leaps of imagination and originality, providing us with everything from the wheel to rocket ships and penicillin. Today's masterminds in biotechnology promise lifespans up to 400 years, cures for cancer, and an end to pollution. But they are also capable of causing social upheavals with Frankenstein-like nightmare creations, as well as bioweapons.

Award-winning writer David Ewing Duncan has written a startling narrative about science and personality, delving into stem cells, cloning, bioengineering, and genetics by telling the stories of the characters at the fulcrum of the science. He uses a unique method of tying in age-old stories and myths – from Prometheus and Eve to Faustus and Frankenstein – to ask the question: can we trust these scientists?