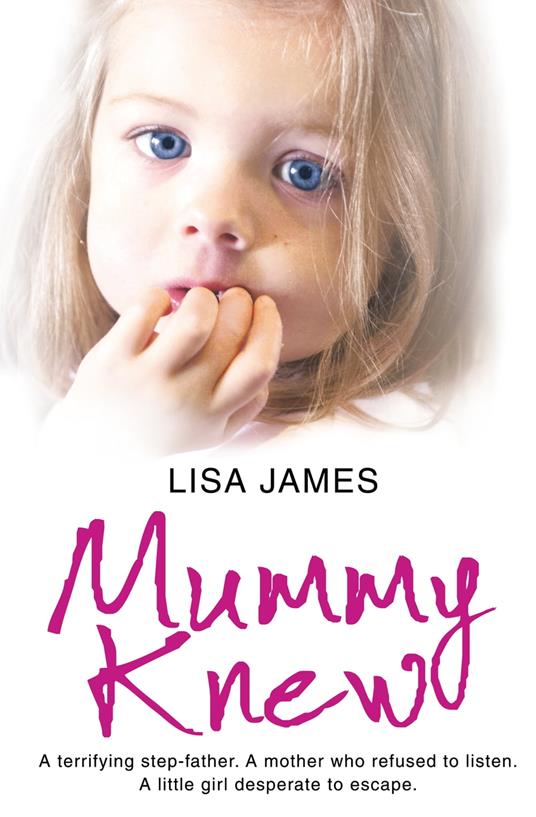 Mummy Knew: A terrifying step-father. A mother who refused to listen. A little girl desperate to escape. 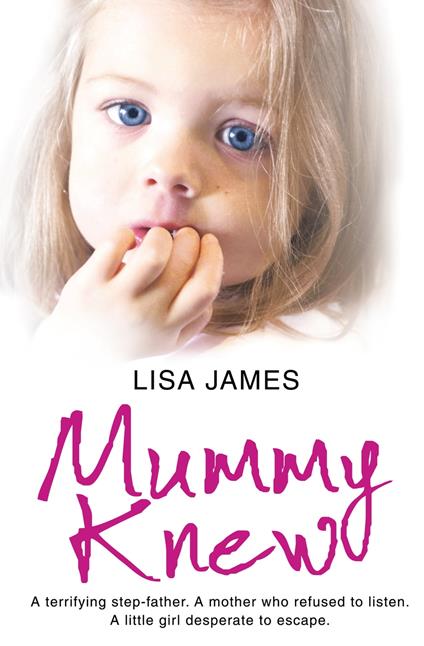 Four-year-old Lisa's world turned upside down when her step-father moved in. Most of the time he was just violent but then he started making her do things to him she knew were wrong. Soon he was visiting her at night. Lisa begged her mother for help but she just shrugged, telling Lisa he would have his way. It was the greatest betrayal of all.

At first Lisa's step-father would just make her stroke and massage his feet, hitting her if she stopped, but he soon wanted more. Much more. By the time she was 12 he was regularly abusing her. One day, when Lisa turned 16, she came home to discover that her mother had swapped bedrooms with her. 'You're my girlfriend now', her step-father told her. Lisa turned to her mother for help, but was met with a shrug. She wouldn't hear a word against her husband. 'Don't blame me,' she said. Her step-father's abuse was horrific but what completely tore her apart was knowing her mother knew and encouraged it.

Trapped and increasingly desperate, Lisa tried to find a way out. But her isolation was complete. A few months later her mother told her she'd arranged for Lisa and her step-father to move into a flat together down the road. It was too much for Lisa to bear. 'Please don't make me, please,' she sobbed. But her mother just ignored her. Lisa was marched around to the flat with her possessions and her nightmare was complete.

Alone with her step-father, Lisa's life became even more unbearable. Then one day, finally, she got the chance she'd been looking for to escape. Lisa bravely struck out on her own, petrified her mother would find her and hand her back into the waiting arms of her step-father. But Lisa's mother had no idea how determined she was to break away.