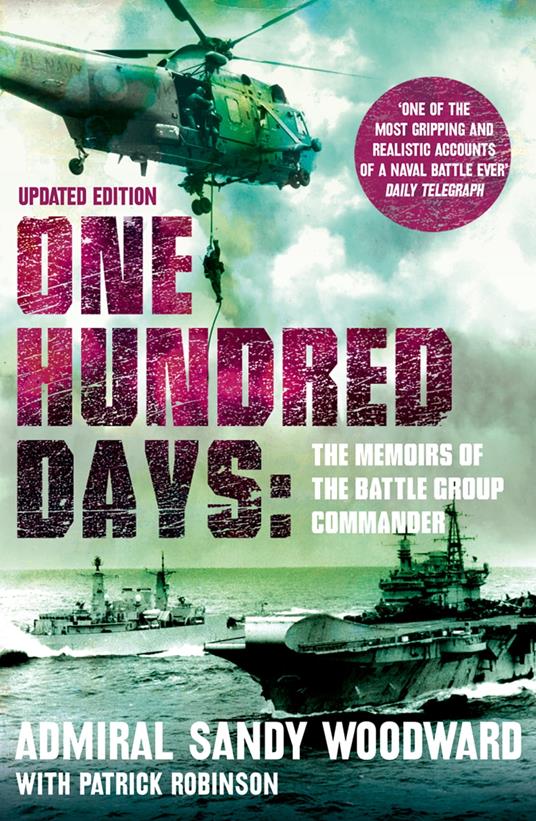 One Hundred Days (Text Only) 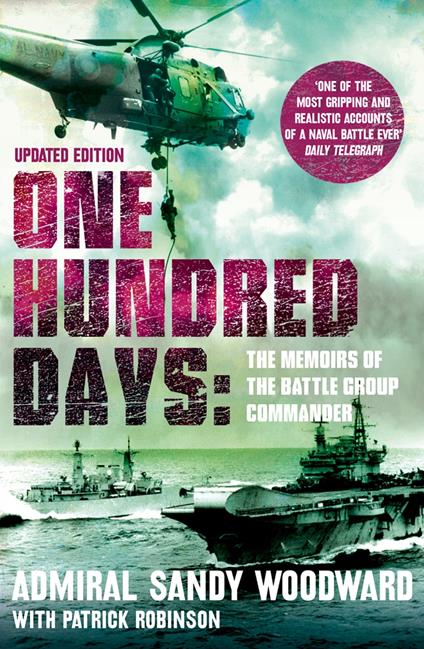 The bestselling, highly-acclaimed and most famous account of the Falklands War, written by the commander of the British Task Force.

On 5 April 1982, three days after Argentina invaded the Falkland Islands, British armed forces were ordered to sail 8,000 miles to the South Atlantic. It soon became obvious they were sailing to war. But with no advantage in the air or on land and the vast distances involved, many felt that victory was at best unlikely – and at worst, impossible.

As Battle Group Commander, Admiral Sandy Woodward was the man in charge on the frontline. In this acclaimed account, he takes us from day 1 to day 100 of the conflict; through the tragic losses of ships and men to the defeat of the Argentinian Navy and the retaking of the islands.

‘One Hundred Days’ is an engrossing and authoritative retelling of these dramatic events, as well as a candid and revealing insight into what it is to lead your country to war.

This ebook edition is updated with the diary that Sandy Woodward kept during the course of the campaign.