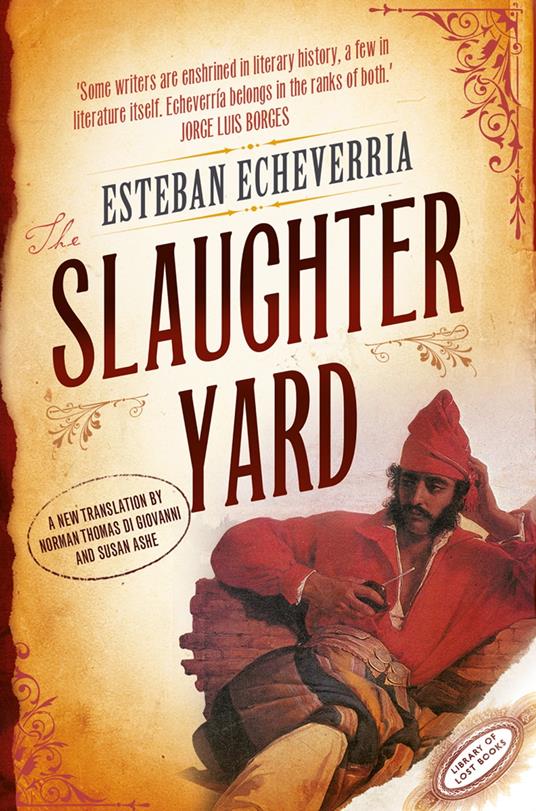 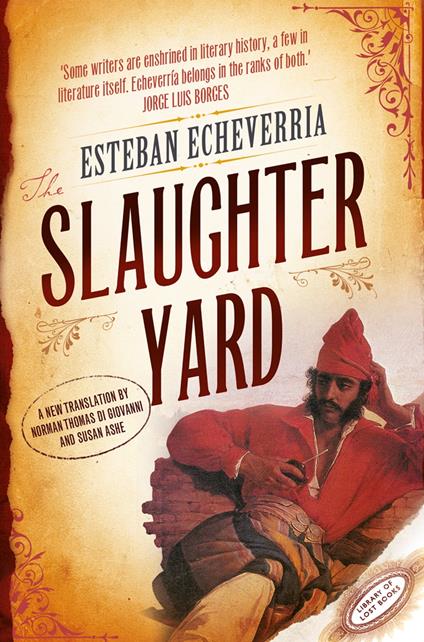 
The first English translation of an Argentinean classic.

Argentina, 1839. A young man dies for his political beliefs when attacked by a mob in a slaughteryard used to butcher cattle.

The story takes place at the height of Juan Manuel de Rosas’ reign of terror. Though fictional, it is an open indictment of that brutal regime and the first masterwork of Latin-American literature, orginally published twenty years after the author’s death. El matadero, or The Slaughteryard, is reputed to be the most widely studied school text in Spanish-speaking South America.

Available now for the first time in a modern English translation this is a story that in well over a century has lost none of its freshness and popularity. This edition is the fruit of years of research into little-known corners of Argentine literature and history, including an extensive glossary, the story’s rare first printed version, and an appendix of reports by early English travellers to the River Plate, including Charles Darwin.

This is an uncompromising and unforgettable story of huge force and power which richly deserves a wide English-speaking audience.