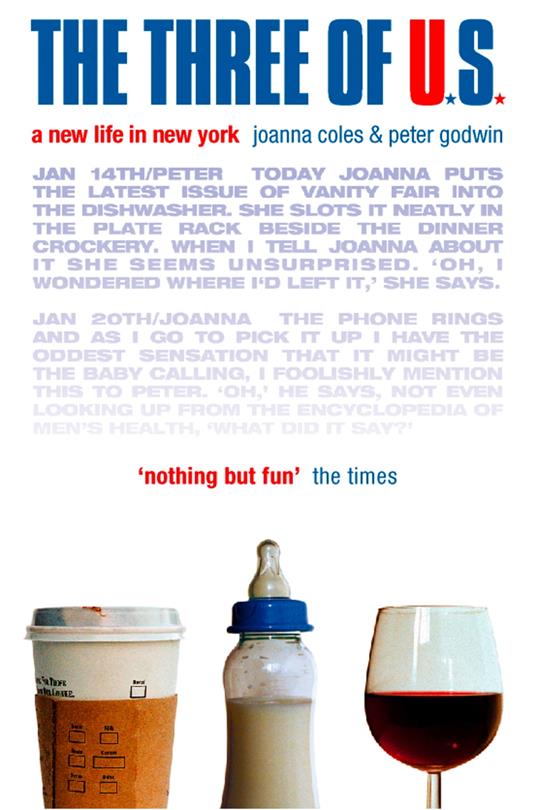 The Three of U.S.: A New Life in New York 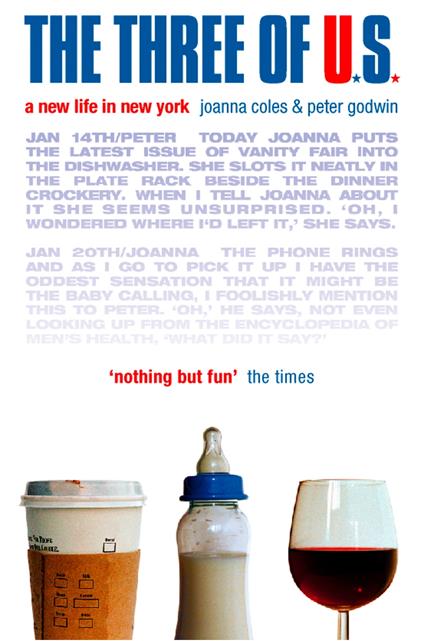 
After a decade in the London media, Joanna Coles and Peter Godwin set sail for a new life in New York. The Three of U.S. is the amusing diary of an affectionate but unconventional and frequently volatile relationship between two competing hypochondriacs about to become parents. He’s preoccupied by the lump on his elbow. She’s trying to determine the accuracy of the DIY pregnancy-testing kit. In September 1997, as the quay side band played them off in the drizzle, they anticipated a life of glamorous parties, power brunches and weekend trips to the Bahamas. She had been posted to New York as the Guardian correspondent – but discovered that most New Yorkers mistake the paper for the in-house pamphlet published by La Guardia Airport. He decided to write ‘the novel’: a year later, it’s largely unfinished. What will make them most anxious – learning that they earn less than their neighbour’s dog, or being mistaken for a serial killer by the local newsagent? Neither of these: it’s the pink line on the second box of the tester stick… For Joanna’s is a pelvis with a passenger. In this joint diary, we follow the progress of two resident aliens acclimatising to the eccentricities of the Big Apple – and to the idea of parenthood. Drawing on an eclectic cast of supporting characters – from over-achieving, pill-popping friends, to their drill sergeant of a birthing instructor and fearsome cleaning ladies – The Three of U.S. is a wryly real look at the panic of thirtysomethings everywhere.
Leggi di più Leggi di meno