Superb new CIA thriller featuring black ops expert Milo Weaver and acclaimed by Lee Child as `first class - the kind of thing John le Carre might have written'. In today's CIA, there are hotspots everywhere. And wherever there's trouble, there's a Tourist: the men and women who do the CIA's dirty work. They're the Company's best - and until he burnt out, Milo Weaver was the best of them all. Milo has spent the last four years behind a desk, tracking the elusive killer known as 'The Tiger'. When the Tiger unexpectedly gives himself up, it's because he wants something in return: revenge. Once a Tourist, always a Tourist and soon Milo is back in the field, a world of betrayal, skewed politics and extreme violence. It's a world he knows well - but he's still about to learn the toughest lesson of all.
Leggi di più Leggi di meno 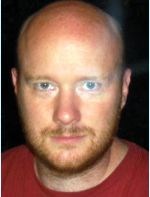