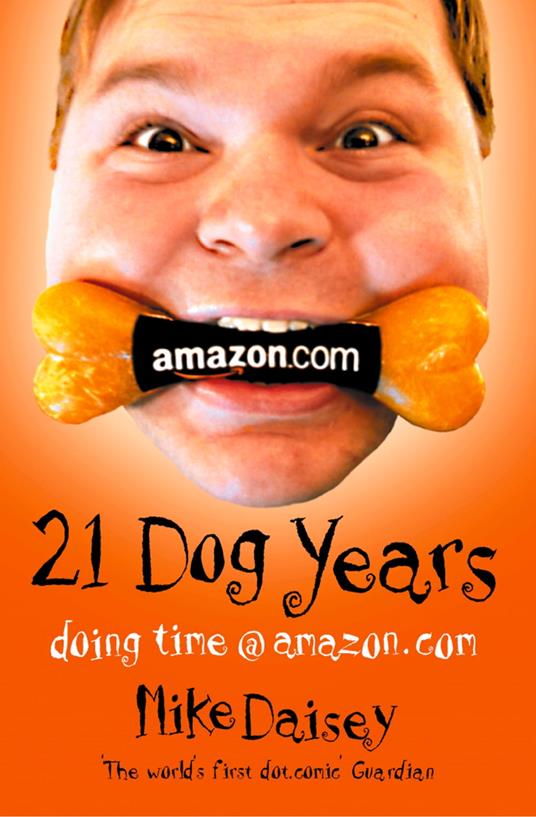 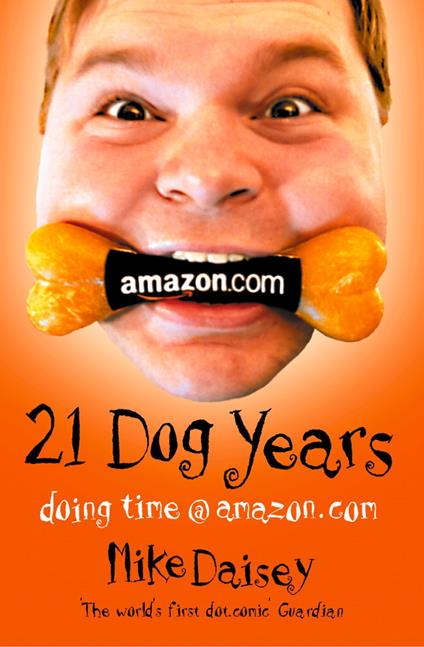 A Michael Moore for the Dot.com generation, ‘21 Dog Years’ is Mike Daisey’s wickedly funny story of life in the New Economy trenches.

In 1998, when Amazon.com went to temp agencies to recruit people, they gave them a simple directive: send us your freaks. Thus began Mike Daisey's love affair with the world’s biggest bookstore.

Mike Daisey worked at Amazon.com for nearly three years during the dot-com frenzy of the late nineties. Now that his nondisclosure agreement has expired, he can tell the real story of tech culture, hero worship, cat litter, Albanian economics, venture capitalism that feed into the delusional cocktail exulted as the New Economy.

His ascent from lowly temp to customer service representative to business development hustler is the stuff of dreams – and nightmares. No wonder Newsweek has dubbed Daisey the ‘oracle of the bust.’

With a hugely popular website mikedaisey.com and a hit one-man show that has received phenomenal coverage (with stories in Wired, Daily Mail, Salon, Guardian and elsewhere), Michael Daisey has been called the first dot.comic and the Michael Moore of the net generation.