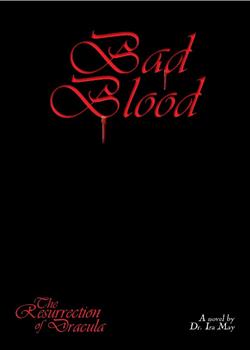 Seventeen years after the death of his father and mother in Blood Born, Little Jake, now preferring to be called Jacob, begins having vivid dreams about drinking blood. So much so, he thinks he may be losing his mind.

Having being expelled from several schools for bad behavior, he enrolls in Roosevelt High in Seattle, Washington. It is here he meets Brooke, an attractive blonde that falls for his bad boy image.

In history class, during a slide presentation, he sees a picture of the original Dracula, Vlad Dracula. On Dracula's hand is the same ring, with a dragon insignia, that's on Jacob's hand.

Jacob confronts his adopted uncle Jake about the ring and learns the truth about the real cause of death of his father and mother. He vows revenge.

Shortly afterward, several of Roosevelt High's student are attacke and killed by some kind of wild animal.

Jake, sets out to kill Dracula, but when he fails, it is up to Jacob to carry out the task. But, will he be able to kill his blood brother and put an end to Dracula's reign of death?

Several of Roosevelt Highs students are attacked by some kind of wild animal.