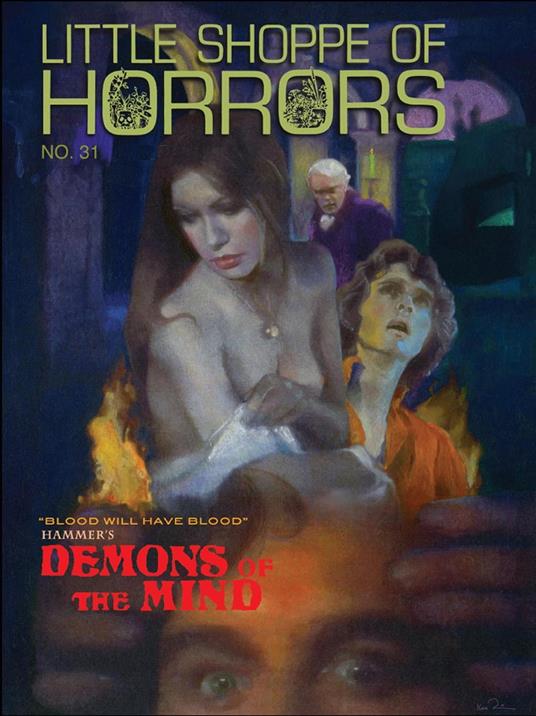 We have an interesting balance of films we are covering in this issue, with lots of inside information, great stories, and photos!

A truly original story that was hardly distributed in the UK or the USA, but was thought provoking, beautifully photographed and acted. Not a classic but one of Hammer better films of the 1970s. y Bruce G. Hallenbeck.

The Making of TROG. It is one of those "so awful it is fun to watch" films, produced by Herman Cohen, directed by Freddie Francis and Starring Joan Crawford and Michael Gough. The whole behind-the-scenes story by John Hamilton.

The Making and Censorship of William Castle's

THE OLD DARK HOUSE (Hammer 1961): Columbia Pictures combined their two horror super stars – William Castle and Hammer – for their one and only film together. By Tim Rogerson.

Another in our series of "A History of Horror Film Fanzines". CINEFANTASTIQUE

All our regular Features –

Front Cover by Steve Karchin – inside cover by Paul Watts – Back Cover by Mark Maddox.