Winner of the Commonwealth Writer's Prize 2010. The new novel from the critically acclaimed author of Tokyo Cancelled. 'Solo' recounts the life and daydreams of a reclusive one-hundred-year-old man from Bulgaria. Before the man lost his sight, he read this story in a magazine: a group of explorers came upon a community of parrots speaking the language of a society that had been wiped out in a recent catastrophe. Astonished by their discovery, they put the parrots in cages and sent them home so that linguists could record what remained of the lost language. But the parrots, already traumatised by the devastation they had recently witnessed, died on the way. Wondering if, unlike the hapless parrots, he has any wisdom to leave to the world, Ulrich embarks on an epic armchair journey through a century of violent politics, forbidden music, lost love and failed chemistry, finding his way eventually to an astonishing epiphany of tenderness and enlightenment.
Leggi di più Leggi di meno 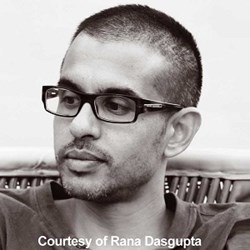