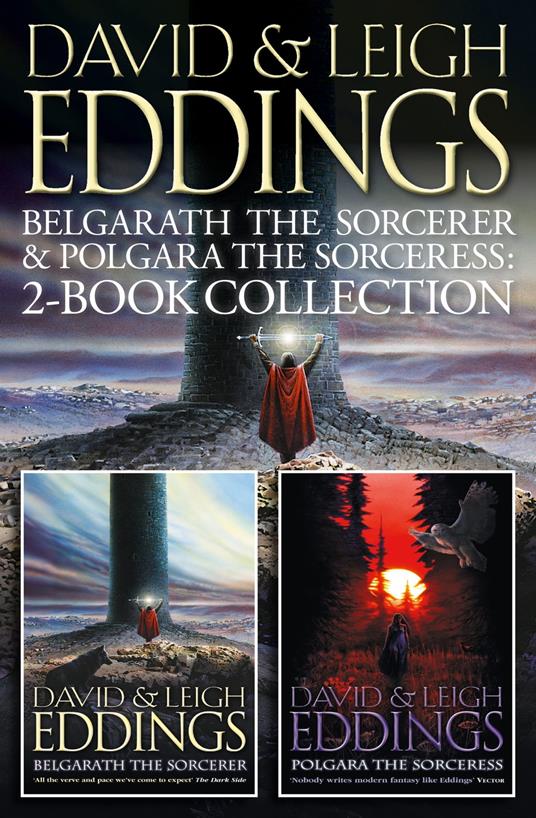 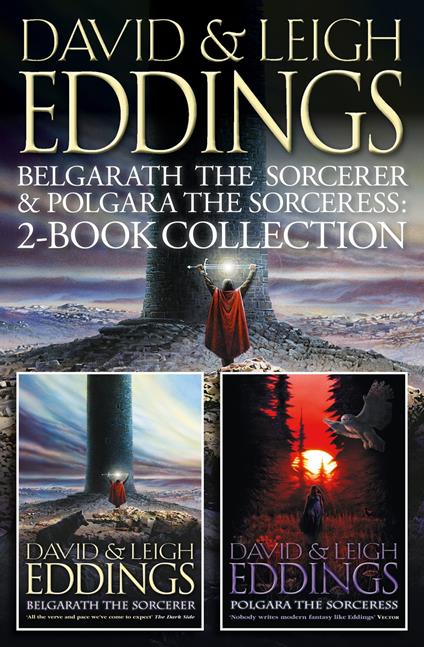 
The life story of Belgararth the Sorcerer: his own account of the great struggle that went before the Belgariad and the Malloreon, when gods stills walked the land. And the last and most amazing volume in the legendary Belgariad series: the story of the queen of truth, love, rage and destiny, Polgara the Sorceress.

Here is the full epic story of Belgarath, the great sorcerer learned in the Will and the Word on whom the fate of the world depends. Only Belgarath can tell of those near-forgotten times when Gods still walked the land: he is the Ancient One, the Old Wolf, his God Aldur's first and most-favoured disciple. Using powers learned over the centuries Belgarath himself records the story of conflict between two mortally opposed Destinies that split the world asunder.

In the story of Polgara, a beautiful woman whose constancy and inner power have been the foundation of all the luck and love that have saved the world, the full truth of The Belgariad is revealed.

Hugely entertaining works of great daring, wit, grandeur and excitement which confirm the role of Belgarath the Sorcerer and Polgara the Sorceress as the mightiest fantasy creations of the century.