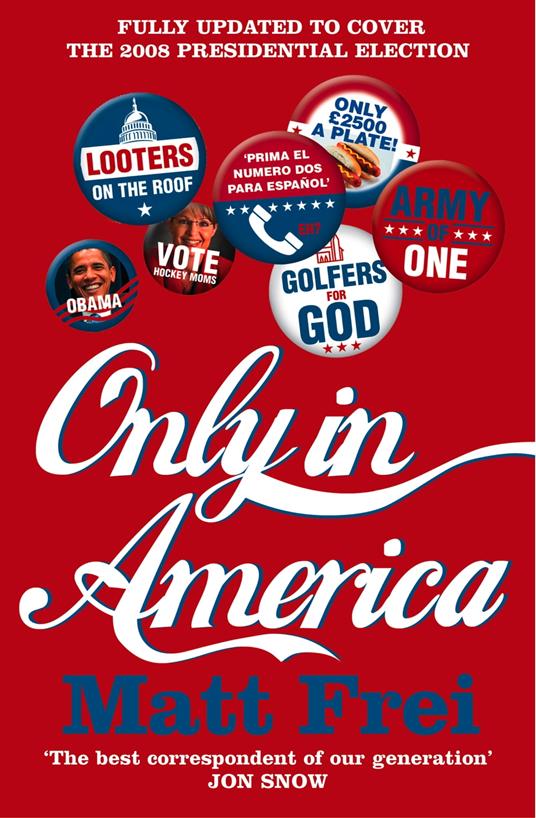 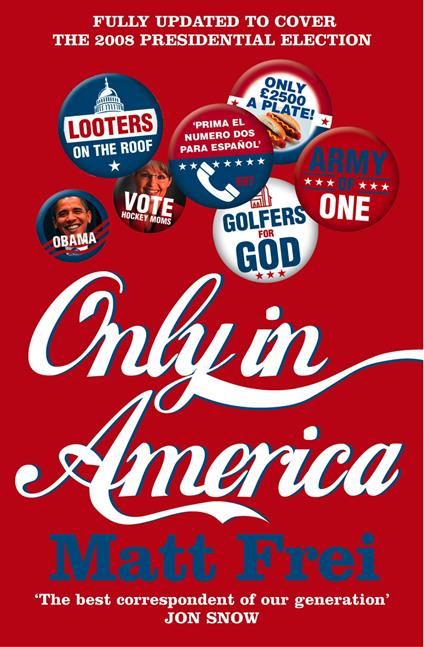 
Matt Frei, the BBC's former Washington correspondent, goes under the skin of the nation's capital to unravel the paradoxes of the world's last remaining superpower.The paperback has been fully updated to provide a unique view into the weird, wonderful and totally bizarre workings of America’s political world and the 2008 Presidential election.

Imagine a city so powerful that the weapons commanded from its ministries could obliterate the globe many times over and yet so vulnerable that it cannot prevent a seventeen-year-old boy from killing half a dozen of its inhabitants in a shooting spree that lasts for a whole month. A city so rich that it spends 150 million dollars a year on corporate lunches, dinners and fundraisers and yet so poor that its streets are frequently as potholed as those of any forgotten backwater in the developing world. A city that deploys more armed officers per square mile than any other in the world but has earned the title of being its country's murder capital. A city where 565 elected Congressmen and Senators are chased, charmed, cajoled and sometimes bribed by 35,000 registered lobbyists; where the most illustrious resident travels with a fleet of planes and a small army of body guards but where the mayor for twelve years was a convicted crack addict who believed that every law in his own country was racist, 'including the law of gravity'. A city that plays host to seventeen different spying agencies, employing 23,000 agents, none of whom were able to discover a plot that involved flying civilian airliners into buildings, even though the plotters had littered their path with clues. Hard to imagine? Welcome to Washington DC: the Rome of the 21st century.

Matt Frei was the BBC’s Washington correspondent from 2002, and now presents BBC World News America. Now fully updated to cover the longest, most expensive and most fascintating election campaign in US history, including the astonishing ascent of Barack Obama, the first election of the internet age, the rise and fall of John McCain and Sarah Palin and the new First Family. ‘Only in America’ is a surprising and brilliant dissection of the most powerful nation on earth from its capital out.