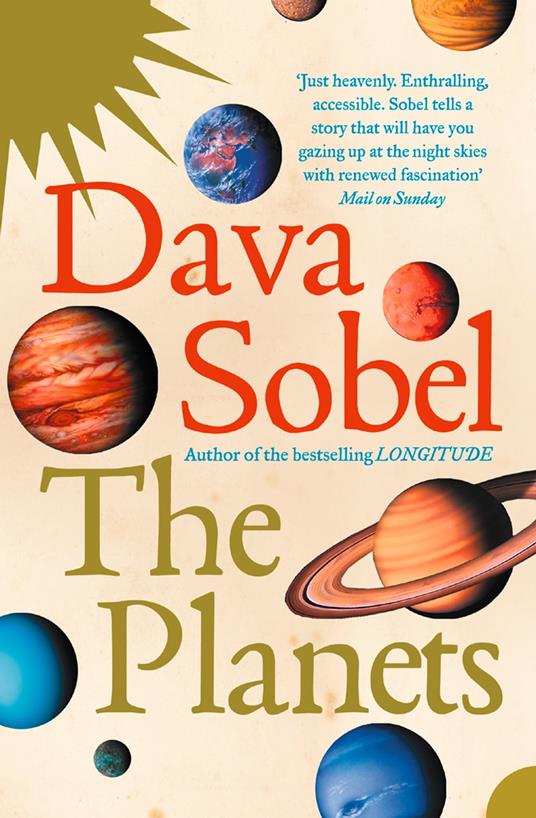 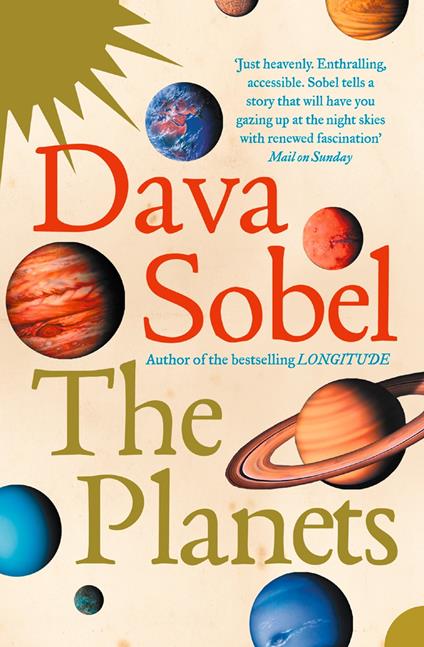 
After the huge national and international success of ‘Longitude’ and ‘Gallileo’s Daughter’, Dava Sobel tells the human story of the nine planets of our solar system.

This groundbreaking work traces the ‘lives’ of each member of our solar family, from myth and history, astrology and science fiction, to the latest data from the modern era's robotic space probes.

Whether revealing what hides behind Venus's cocoon of acid clouds, describing Neptune's complex beauty, or capturing first-hand the excitement at the Jet Propulsion Laboratory when the first pictures from Cassini at Saturn were recently beamed to earth, Dava Sobel's unique tour of the solar system is filled with fascination and beauty. In lyrical prose interspersed with poems by Tennyson, Blake and others, ‘The Planets’ gives a breathtaking, intimate view of those heavenly bodies that have captured the imagination since humanity’s first glimpse of the glittering night skies.

Timely and timeless, ‘The Planets’ will engage and delight as it unravels the mysteries of the cosmos. It is of infinite relevance to this age in which new planets are being discovered elsewhere in our galaxy.