A warm, humane, and sharply observed tale of small town life that is by equal turns hilarious and moving. Big Davey Jones is coming home. He's been gone almost 20 years now, but nobody's forgotten him. Davey's a local hero - his miracle birth as the seventh son of a seventh son brought fame to this little town and they've been grateful ever since. But Davey's home town has changed much in the intervening years. The traditional family business like Billy Finlay's Auto-Supplies and Calton's Bakery and Tea Rooms have been replaced with 'Exciting New Housing Developments!' and even a nightclub called 'Paradise Lost'. The locals haven't changed much though. Bob Savory, who always had it in him, has made a million with his company Sandwich Classics, and he's branching out now, with an Irish themed restaurant on the ring road. Francie McGinn, the divorced minister at The People's Fellowship, is still trying to convert the town through his Fish-and-Chip Biblical Quiz Nights and his Good Friday Carvery & Gospel Night. And Sammy, the town's best plumber, is depressed as ever and looking for solace at the bottom of the whisky bottle. Clever, touching and, above all, utterly spot-on in its depiction of small town life, Ring Road is confirms Ian Sansom's status as one of our most perceptive authors working today.
Leggi di più Leggi di meno 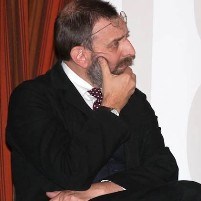